The revolutionary science of the MicroLight Laser

THE SCIENCE BEHIND IT ALL.

The theory for the creation of laser light was proposed by Albert Einstein in 1917, but was not developed until 1960. It was in the late 1960’s that Professor Endre Mester of Budapest, Hungary, first reported his experience using laser light to treat non-healing wounds and ulcers in diabetic patients. Mester’s 70% success rate in treating these wounds lead to the development of the science of what he called “laser biostimulation”.

Around the world, laser therapy is rapidly becoming a medical therapy that can heal wounds and fractures up to 60% faster and also reduce the cost of treatment for many conditions. The efficacy of this Low-Level Laser Therapy (LLLT) is substantiated by objective research that continues. Experimenting clinicians found that an 830 nanometers (nm) laser is optimal for treating chronic pain.

An example of how LLLT works involves soft tissue trauma. These types of injuries consist of damage to the deep, sensitive layers of tissue beneath the epidermis, including muscular, neural, lymphatic, and vascular tissue. The human body normally reacts to this soft tissue trauma by “splinting” the injury with edema, a thin or watery fluid in tissue spaces or cell interstices. However, excess edema causes swelling that inhibits movement of the damaged tissue.

These injuries result in two types of pain. The first is actual traumatic pain from the injury itself, and the second pain is from the swelling that results. LLLT focuses first on the lymphatic system which maintains the body’s fluid balance, while the laser light also helps absorb the excess edema. LLLT thus provides relief in two ways.
The MicroLight Laser is classified by the FDA as a laser device for adjunctive use in pain therapy and is indicated to provide temporary relief of minor muscle and joint pain, arthritis, muscle spasm, relieving stiffness and promoting relaxation of muscle tissue. This clearance followed successful performance of the MicroLight Laser in several double-blind studies and many clinical trials, including Baylor College of Medicine and General Motors.

Laser wavelengths below 800nm and above 850 nm quickly decrease in penetration and absorption capabilities. Studies conducted over 15 years and reported in over 100 clinical reports show the 830nm laser wavelength to be the most effective in therapeutic applications. It is not an accident that the Microlight Corporation of America chose and patented the 830nm technology for its laser technology. 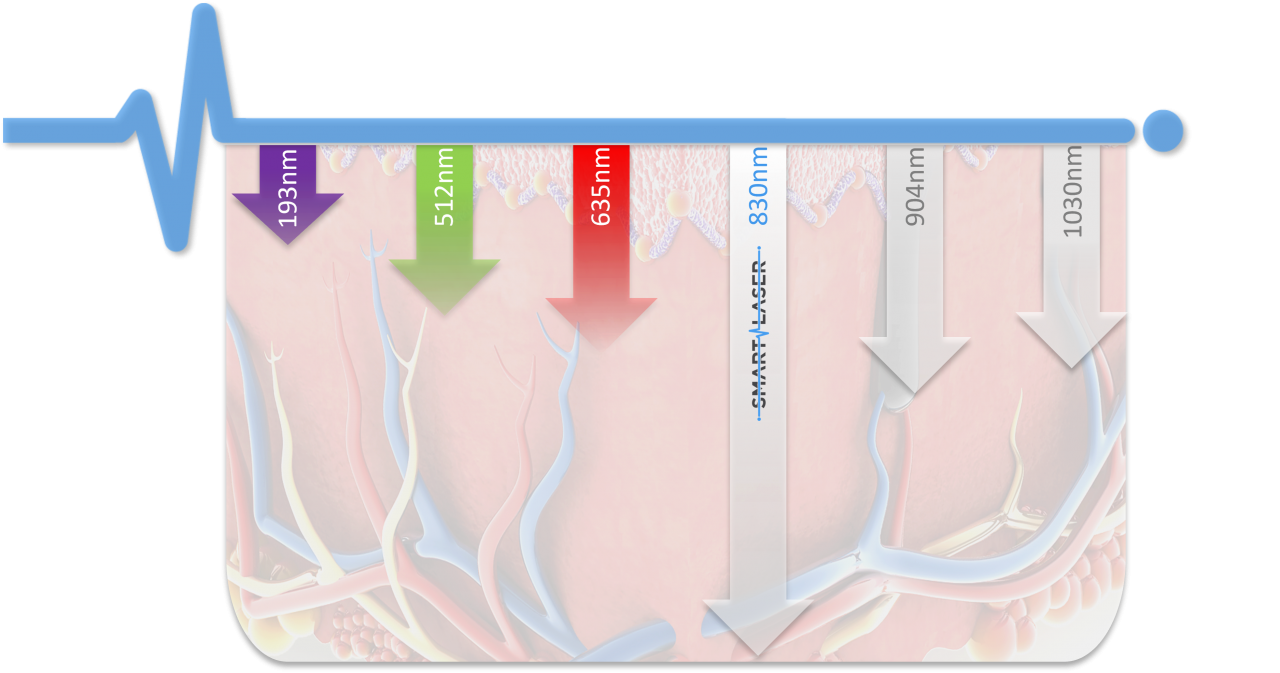 The MicroLight Laser is a Gallium-Aluminum-Arsenide (GaAlAs) Laser that has a wavelength of 830 nanometers (nm) with a power output of 90 milliwatts (mW). At this wavelength and power, the MicroLight Smart Laser has a penetration of approximately 2 inches with a 1-inch lateral spread.
The 830nm wavelength is the most therapeutically effective wavelength for deep-lying pain and deep healing tissue. 30+ years of clinical studies prove the 830nm range is the optimal wavelength.

In response to the dramatic growth of Carpal Tunnel Syndrome (CTS) among its employees, General Motors conducted a controlled 36-week double-blind clinical study using the MicroLight Laser to treat 116 employees who had CTS.  This study showed a significant improvement in grip strength and range of motion among workers treated with the MicroLight Laser compared to workers treated with a placebo laser. In Houston, Texas, a prominent college of medicine conducted a later double-blind study resulting in a 70% improvement following adjunctive therapy using the MicroLight Laser among the patients in the active group.